Posted on October 2, 2019
By Charlotte Walters
Posted in

In an ever-changing environment, many companies are being forced to address how they get rid of their waste and how they consume energy.

With more and more businesses deciding they will only deal with carbon-neutral or eco-balanced companies (those who are not detrimental to the environment) some manufacturers are turning to an on-site Anaerobic digestor as an alternative. Many companies are bringing an AD onboard to up their ‘green credentials’ as a move towards displaying Corporate Social Responsibility.

What is an Anaerobic Digestor?

AD’s are essentially sealed tanks containing waste food, farm waste and/or sewage. Microorganisms release gas after consuming the waste, creating ‘Biogas’ – this is then used as a fuel to create renewable electricity and heat energy. What’s leftover is a nutrient rich biofertilizer, which will be used on farmland (after being pasteurised to remove pathogens) instead of using fossil fuel derived fertilisers.

For every tonne of food waste processed in an AD, between 0.5-1 tonne of harmful CO2 is prevented from entering the atmosphere. If the food waste were to go to a traditional landfill instead, it would rot and produce excessive amount of methane, a powerful greenhouse gas. If an Anaerobic Digestor is on-site at a facility, it also prevents the need to transport waste which is a massive contributor to CO2 emissions, with a quarter of the UK’s emissions coming from transport alone. 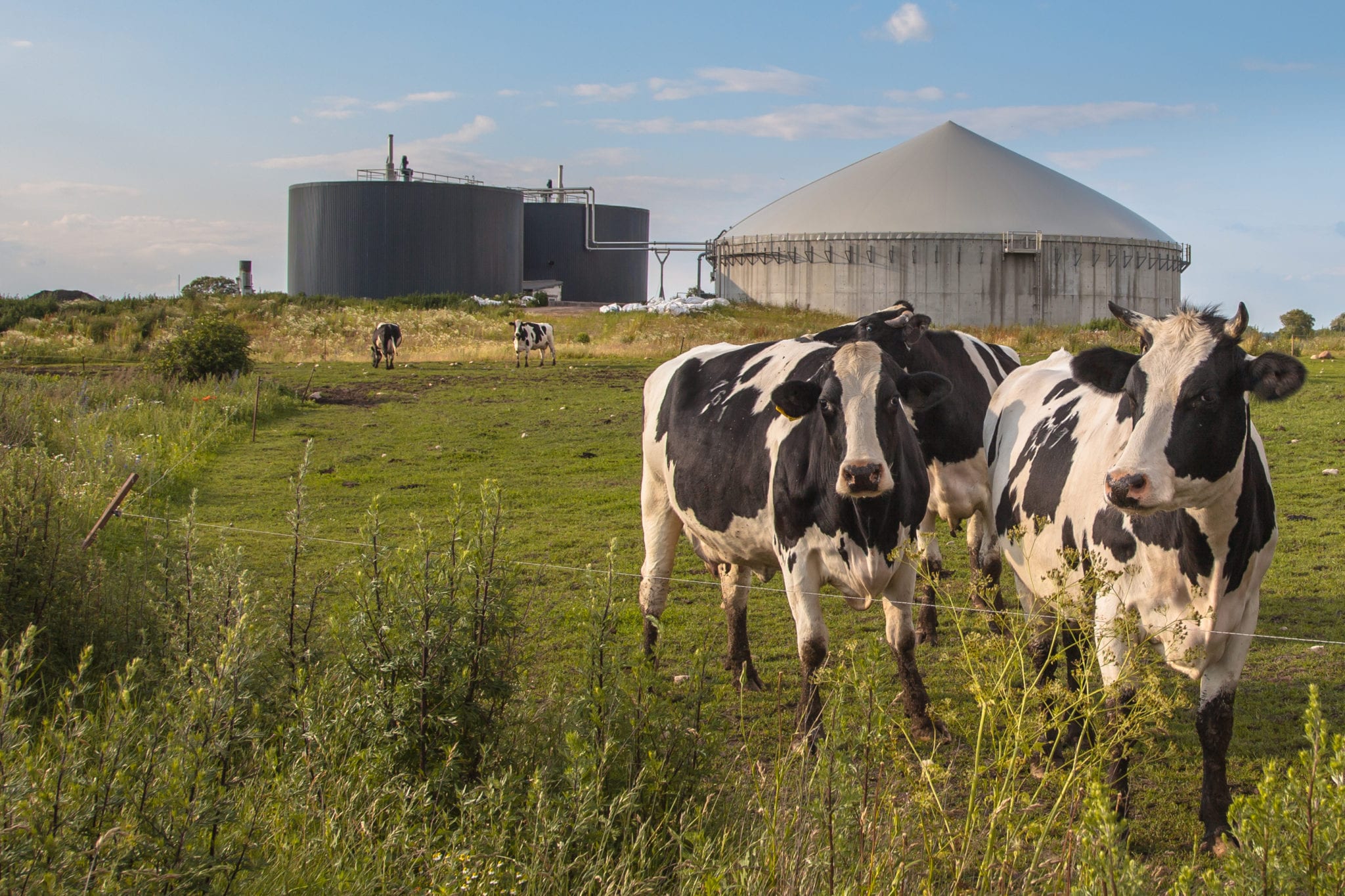 The odours produced by digestors such as these vary greatly depending on the age and make of the model. One thing can be agreed; they significantly reduce odour compared to traditional methods, by as much as 80% in some sewage plants. However, although Anaerobic Digestion is a sealed process, there is still a need for odour monitoring and prevention. As AD’s become increasingly popular and pop up closer to neighbours who may not welcome the stench of rotting materials should the noxious gases escape the digestor, preventions need to be in place to ensure companies are not causing a nuisance.

How can Anaerobic Digestor odour be controlled?

Odour can be monitored by various forms of equipment such as that used by the UKAS accredited odour laboratory belonging to Spectrum Environmental Services. Samples are regularly taken to ensure odour units are low enough to pass EA regulation. If the odour emissions are too high, abatement advice can be given to ensure the facility can continue running efficiently.